Patrick Roest (NED) came to Hamar to win his fourth consecutive World Allround Title but he is not getting things all his own way. Having bitten the dust against Nils van der Poel (SWE) in the 5000m and 10,000m at the Olympic Games in Beijing last month, the Dutchman again has a fight on his hands with his Swedish nemesis. Roest heads into the second day on top but Van der Poel is chasing in second place. After the Allround was done for the first day, Bjørn Magnussen, Henrik Fagerli Rukke and Håvard Lorentzen delighted the home crowd by winning the Team Sprint title ahead of Poland and the Netherlands.

Roest knew he had to win as much as he could in the opening 500m and he set a time of 36.44 seconds for fourth in the distance. Dmitry Morozov (KAZ) won in a personal best of 36.12s with Riku Tsuchiya (JPN) and Peder Kongshaug (NOR) joint second in 36.40s. Morozov dropped to 19th place in the ranking after finishing 20th in the 5000m but Tsuchiya and Kongshaug set up their own battle for the third podium spot. 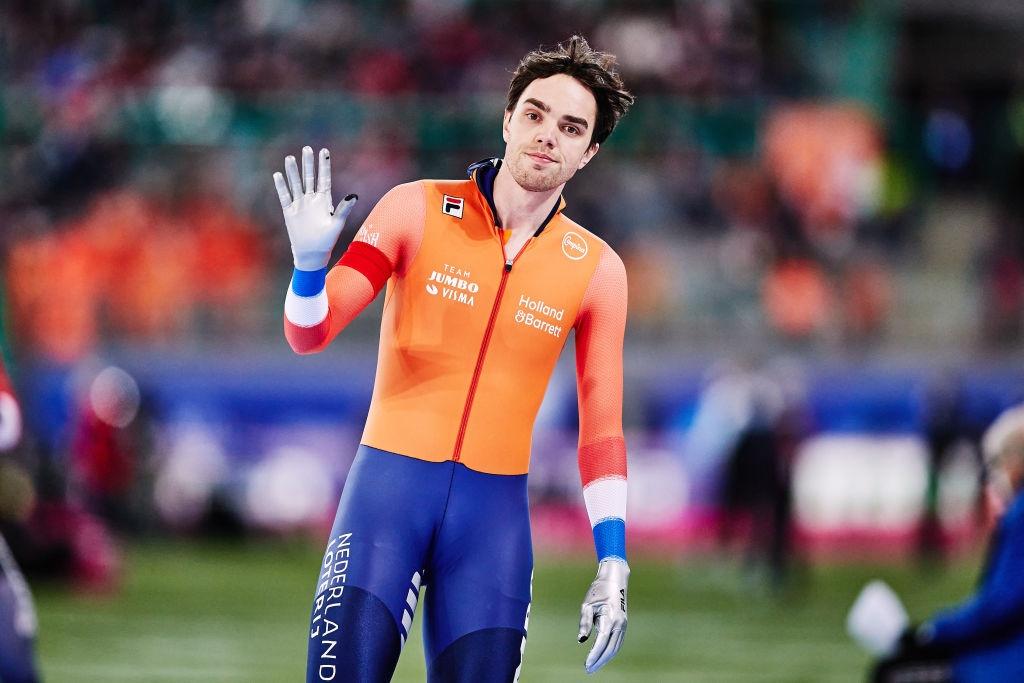 Roest has earlier predicted that Van der Poel would be his main rival in Hamar after home favorite Hallgeir Engebråten (NOR) had to withdraw following a positive Covid-19 test. Long-distance specialist Van der Poel skated a personal best of 37.33s in the 500m and kept Roest in sight despite only coming 14th in the distance.

“It’s difficult to beat him because he's really on another level this season and also because he skated two world records this year,” Roest said. “If there's a moment to beat him, it's definitely in the Allround (Championships) but it's going to be very difficult because he showed today he can also sprint a little.”

Roest had to set the bar in the 5000m, skating in the seventh pair against teammate Marcel Bosker (NED). He managed to keep his lap times under 30s until the final 1200m to finish in six minutes, 15.99 seconds. Van der Poel had to make up 8.90 seconds to surge past Roest in the ranking, coming on straight after in the eighth pair against Davide Ghiotto (ITA). He was not able to bridge the whole gap but with a time of 6:12.45 he won back a lot, leaving 1.61 in Sunday's 1500m.

After their races, the two title contenders conducted a joint interview and speculated on their title chances together. What gap did Roest think he needed heading into the final 10.000m?

“When you look at the Olympics, when I had a gap of 12 seconds… something like that would be pretty nice. But you don't know, it's a different track, so we'll see tomorrow,” the Dutchman said. 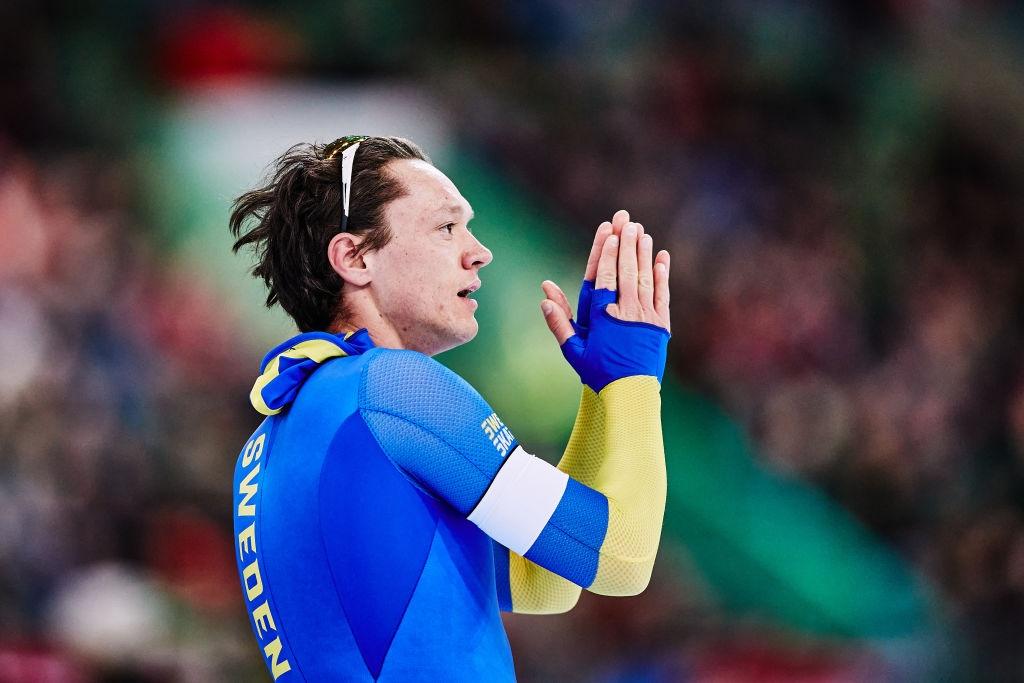 Van der Poel thought that 12 seconds would be feasible for him to overcome, saying: “If he (Roest) has 20 seconds, it's going to be really hard for me. If it’s 20 seconds then I feel like I’m chasing.”

Whatever happens, Van der Poel enjoys racing in Hamar. He said he did not have much difficulty rediscovering his drive after the successful Olympic campaign: “It's a lot of fun being here. It's a different kind of goal. This weekend is about the after party. So everything you want is to have the best after party. And the better the races are, the better the after party is going to be. The Olympics was more about the races but now the goal is Sunday night.” 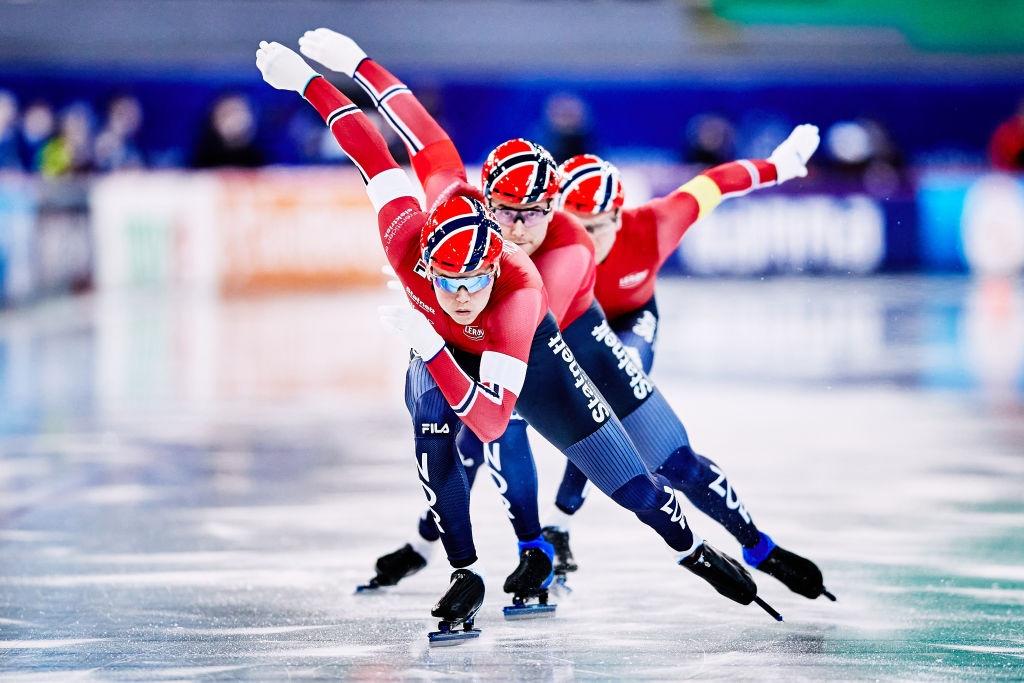 Lorentzen, who already won individual Sprint bronze on Friday, was delighted: “We faced a tough opposition form the Polish and Dutch team so this means a lot. It's also fun to hear the national anthem in the Vikingskipet.”

With the Norwegian endurance men having won their second consecutive Olympic Team Pursuit title in Beijing, Norway dominates the team events in men’s international skating. “We have a really good group and we train together every day,” Lorentzen said.

He explained their tactics, adding: “It's important to have a fast start but not use too much energy in the first 800m. And it's also important that the second guy doesn't drop too much speed because if you start the last lap with a little bit too less speed, it's impossible to gain it. You can try to keep it quite flat but it's almost impossible to go down on the last lap, so it's a difficult event.”