Heading into the final day in Hamar, Nils van der Poel (SWE) said that 20 seconds would be very difficult to claw back in the 10,000m. After the 1500m, he had to make up 21 on Patrick Roest (NED). Somehow he pulled it off. Skating a new track record, Van der Poel dethroned three-time champion Roest to follow up two Olympic golds in Beijing with his career first World Allround title. Roest had to settle for silver and Bart Swings (BEL) took the bronze.

Roest increases the gap in 1500m 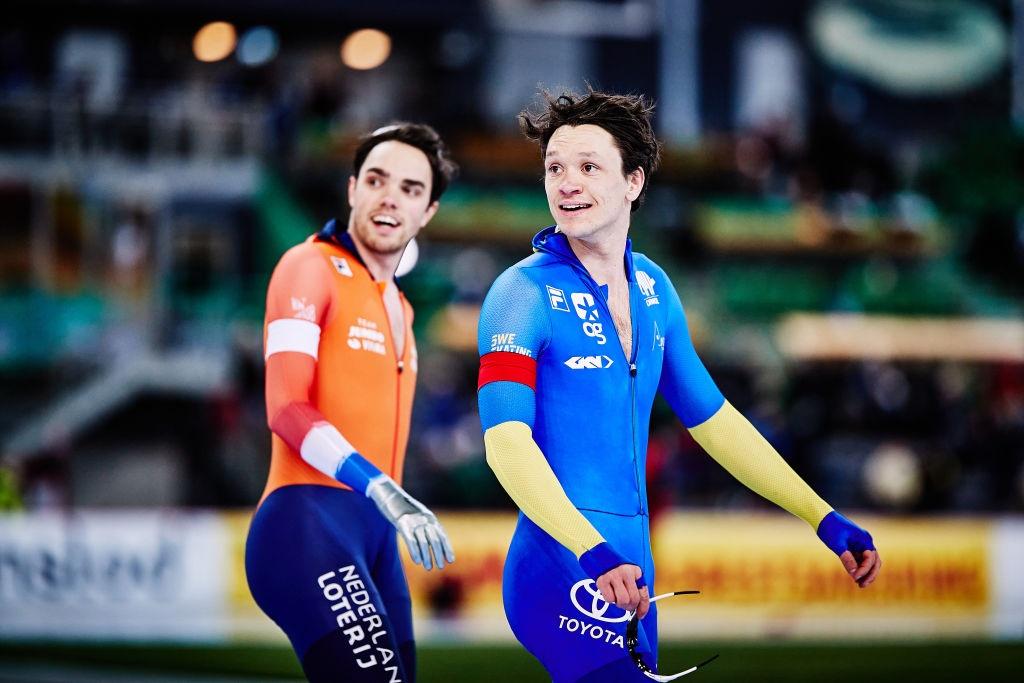 With 1:45, Roest would have won the distance. Swings skated 1:46.03 to take the 1500m, climbing from sixth to fourth in the ranking. Peder Kongshaug (NOR) skated 1:47.16 and surged past Van der Poel in the classification, heading into the final 10,000m in second place. Van der Poel therefore had to start the final distance in the penultimate pair, ahead of Roest.

Whether it’s setting the bar or having to chase a time, Van der Poel doesn’t seem to care. At the Olympic Games he won the 5000m and the 10,000m skating after Roest had set the time, but here he knew that he had to put the pressure on. He said: “Yesterday, I said 20 seconds and now it was 21, but (I thought) it’s still doable. When I finished, I felt like, ‘this is what I had today, so let’s see’.”

With low 30-second lap times, even finishing with three 29-second laps, he shattered the track record (12:50.96) set by Sven Kramer (NED) in 2009, clocking 12:41.56. He said: “This was really one of the best 10,000m I've ever done. When you look at the performance of the day, it's really flat, and there’s a negative split towards the end, and technically it was good. I had a little hard time on the finishing straight because the ice was a little weird but everyone has the same problem there. I think I handled the circumstances in a great way.” 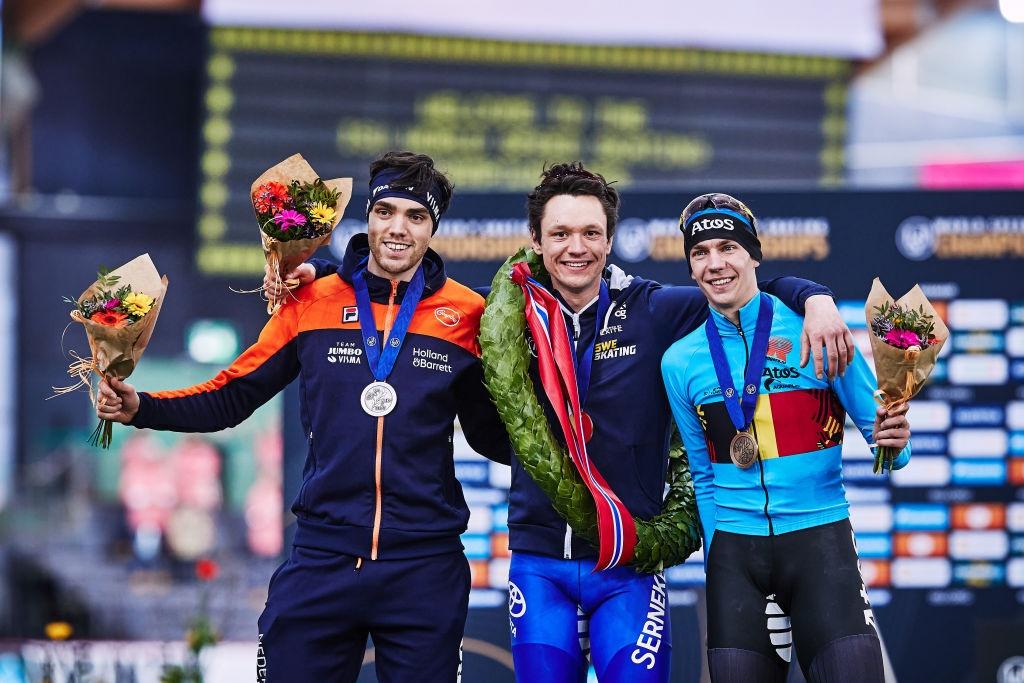 Roest thought he had to skate around 13 minutes. He eventually needed 13:03. He too thought it was doable, only to find out it was not even close. “Twenty seconds should suffice and when I’m in top shape it definitely is enough. But nothing seemed to go smoothly this weekend,” he said.

Roest eventually finished in 13:26.08s to come fifth in the distance. It was good enough for Allround silver but he left the ice gutted. “This was a very tough weekend. I’ve got the feeling that I did not skate a single distance well and eventually I drop the ball in the 10,000m. It just did not work, after eight laps the legs were done and then it’s still a long way to go.”

Van der Poel will skate the World Cup final in Heerenveen next week as a farewell race. He said: “The idea is to have a final goodbye to the elite part of the sport. I said I'll skate Swedish Championships for as long as I can and if I'm in shape enough next year, maybe I'll go to the 10,000m World Cup and meet my friends, just to have fun with it.”

Roest said: “On the podium I said to him that I’ve heard that Swedish national anthem just about a little too much now. He’s just super strong this season. I’ve done everything I could but it was not enough. It’s a pity he quits because I really would like to challenge him again.” 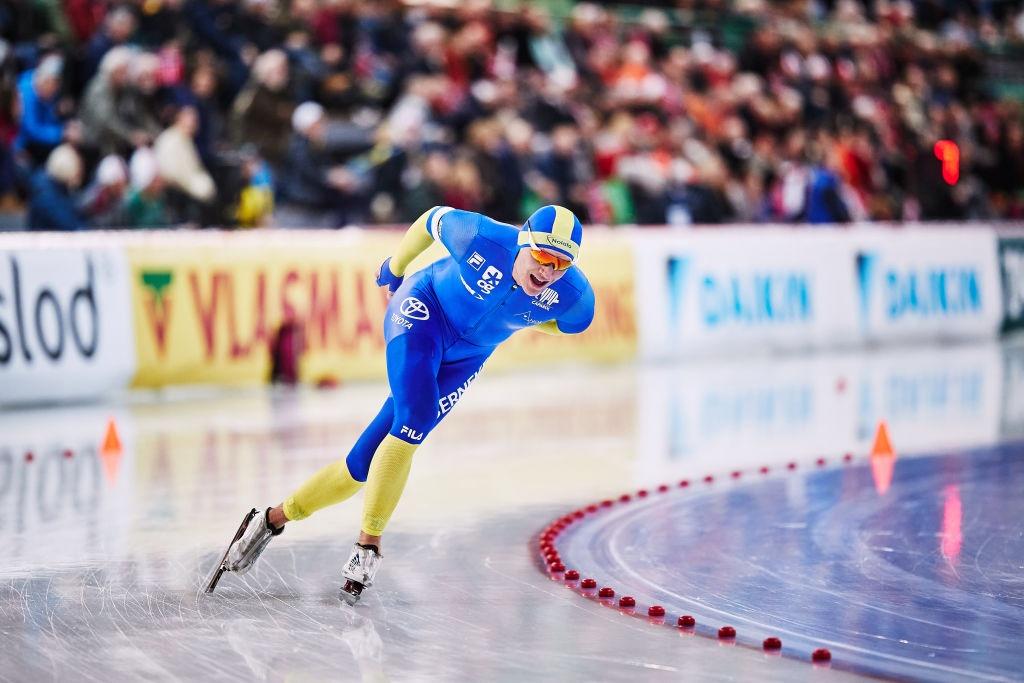 Behind Van der Poel and Roest, Swings took third place, edging out Kongshaug with a strong display in the 10,000m, coming second in 13:09.21. “I had a really good second day,” Swings said.

He had a difficult start to the tournament following his celebrations over the past few weeks since winning Olympic Mass Start gold in Beijing. “My first day was so-so. I’ve had some busy weeks, great fun, but it cost a lot of energy as well. I just wanted to enjoy these races. I knew I had a chance for the podium. Roest was probably out of reach and with Van der Poel you never know, but I definitely could compete with all the others.”